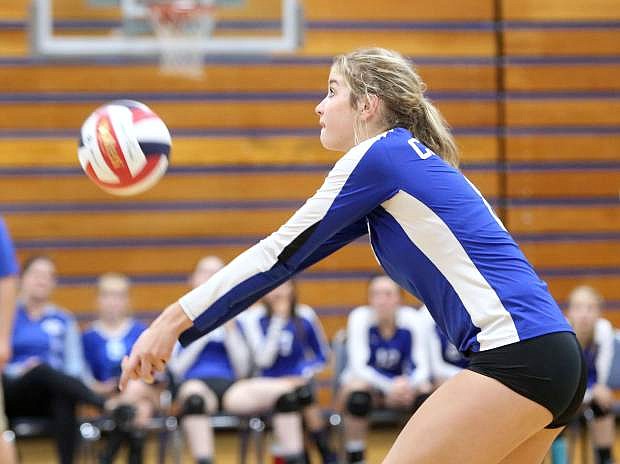 Stefanie Schmidt bumps the ball to the front line in a game against Hug on Tuesday.