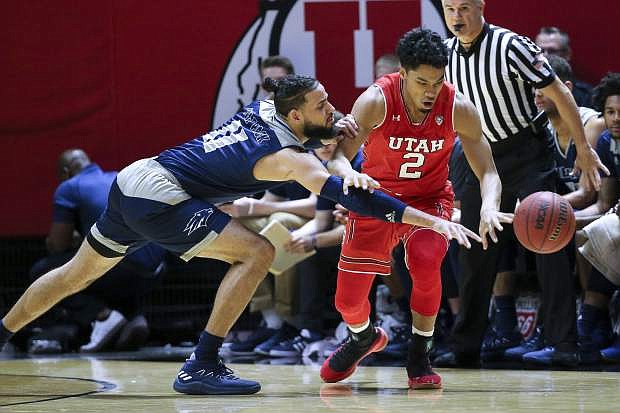 Nevada forward Cody Martin (11) tries to steal the ball from Utah guard Sedrick Barefield (2) during the first half Saturday in Salt Lake City.