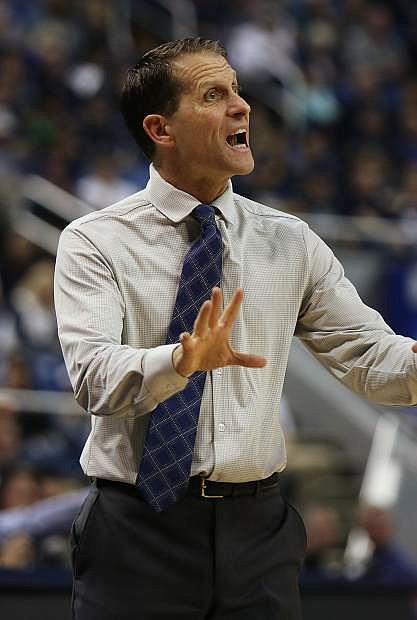 Nevada head coach Eric Musselman paces the sideline in the second half.