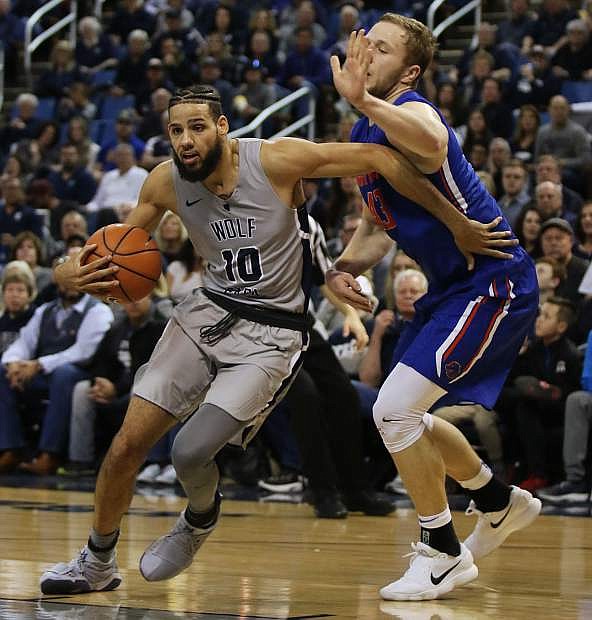 Nevada&#039;s Caleb Martin tries to drive around a Boise State player in the second half on Saturday.