Bundy: Feds have no power over land 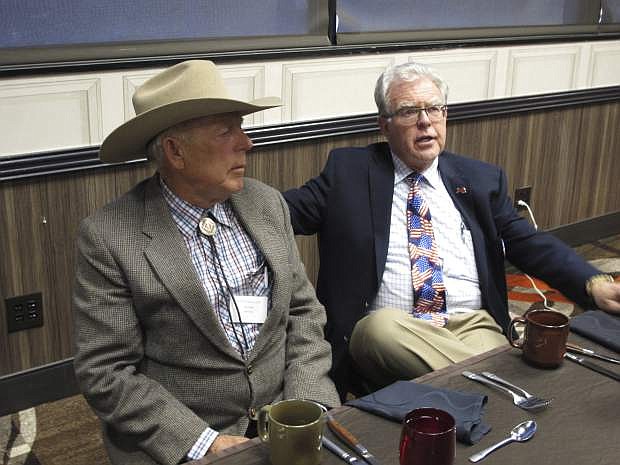 Southern Nevada rancher Cliven Bundy, left, listens to Independent American Party of Nevada Chairman Joel Hansen before Bundy was scheduled to give the keynote address to the third-party&#039;s state convention at the Nugget hotel-casino, Friday, Feb. 23, 2018, in Sparks, Nev. Bundy served 700 days in jail before a U.S. judge in Las Vegas threw out the criminal charges against him and others last month stemming from an armed standoff with federal agents at his ranch near Bunkerville in April 2014. (AP Photo/Scott Sonner)