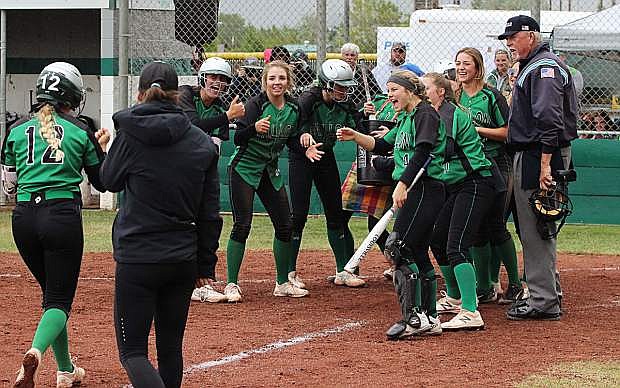 Teammates welcome Stacy Kalt after she hit a game-winning three-run homer in the sixth inning.