Up to another 16 more inches of snow possible in Sierra 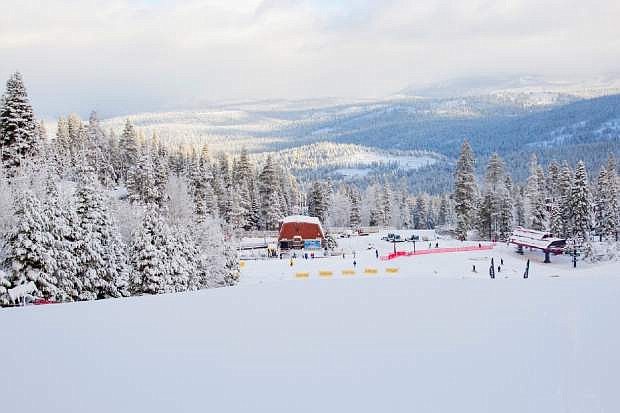 An area of Northstar California Resort near Truckee, Calif., is blanketed with snow on Thursday, Nov. 22, 2018. Forecasters reported 7 inches (18 centimeters) of snow fell early Thursday. Another Pacific storm system is headed for Lake Tahoe where nearly a foot of snow (30 centimeters) fell overnight and one ski resort has closed due to inclement weather. (Northstar California Resort via AP)