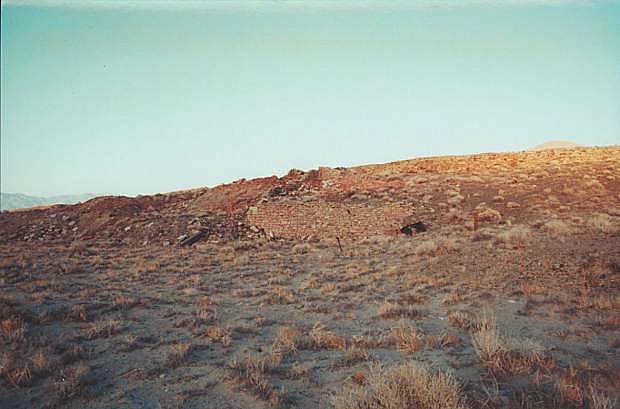 Only a few brick walls and foundations mark the site of the former mining camp of Belleville.