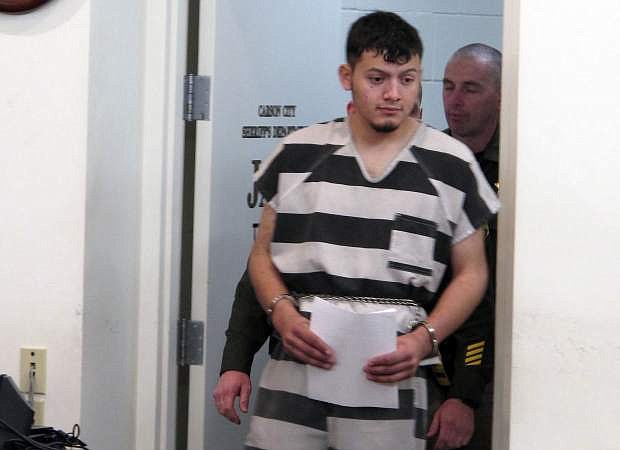 Wilber Ernesto Martinez-Guzman, 19, of El Salvador, is escorted into the courtroom for his initial appearance in Carson City Justice Court last week.