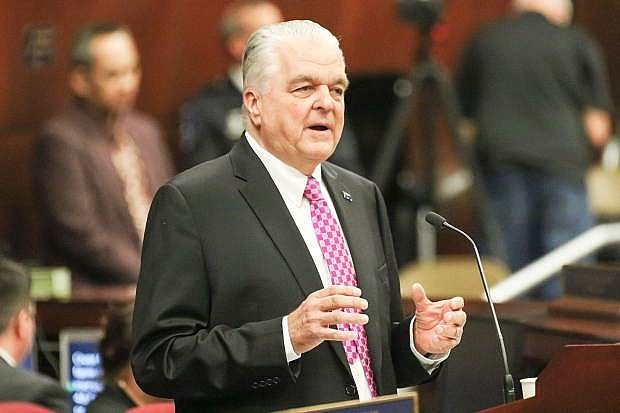 Nevada Gov. Steve Sisolak delivers his State of the State Address to the 2019 Nevada Legislature.