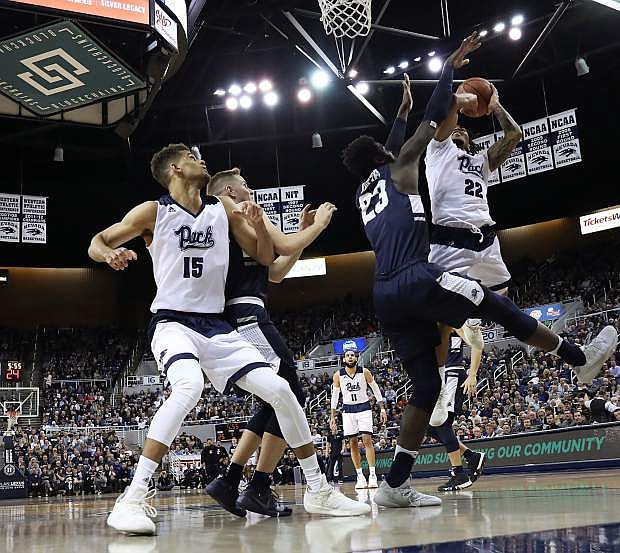 Nevada&#039;s Jazz Johnson goes up to the basket against Utah State while teammate Trey Porter converges in the first half on Wednesday at Lawlor Events Center.