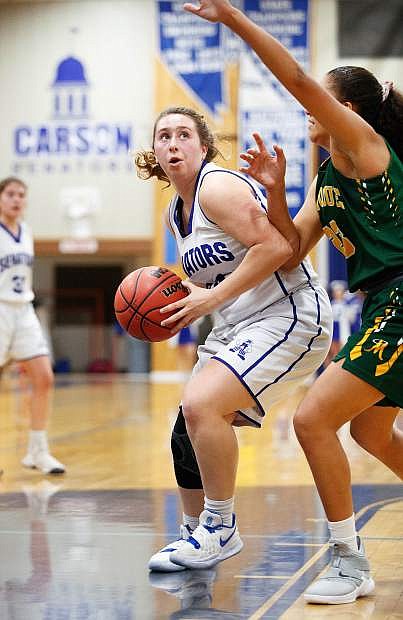 Bella Kordonowy drives toward the basket during the game between the Bishop Manogue Miners and Carson High Senators at Carson High School, Carson City, NV