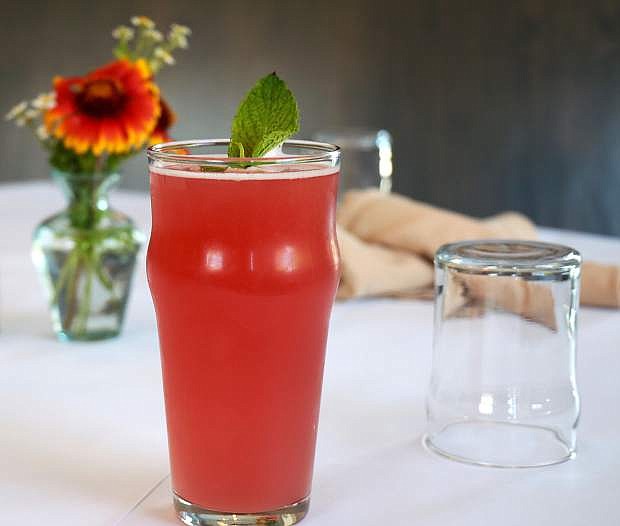 A glass of Folk Brewing Co. Lake Tahoe Kombucha, which is served at Gather in Carson CIty.