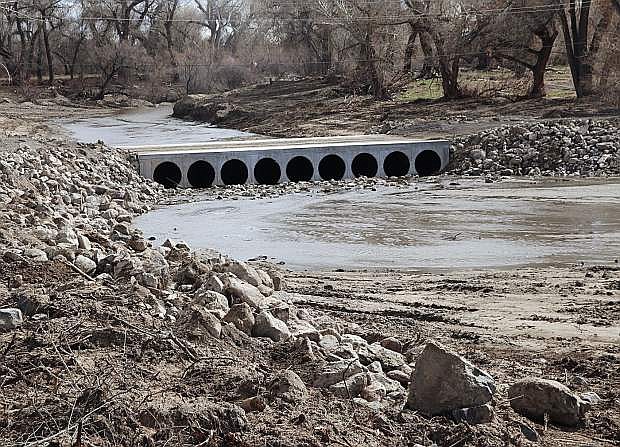 A bridge and culverts to ease the flow of the Carson River at Diversion Dam west of Fallon was recently completed and crews finished last-minute work earlier this week.