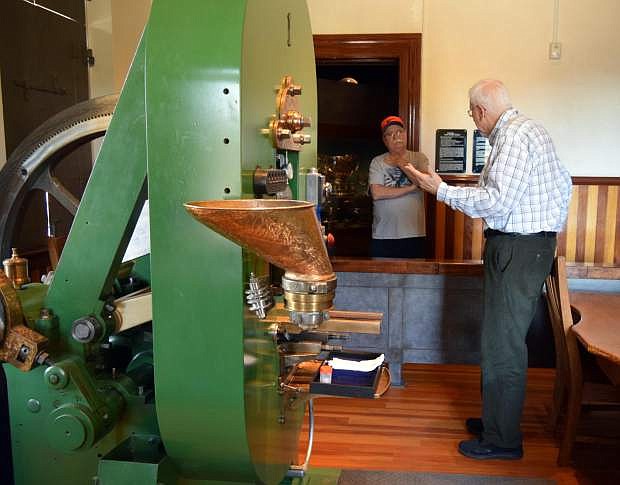 Bob Nylen, right, curator of history at the Nevada State Museum, gives a museum visitor a brief history of Coin Press No. 1.