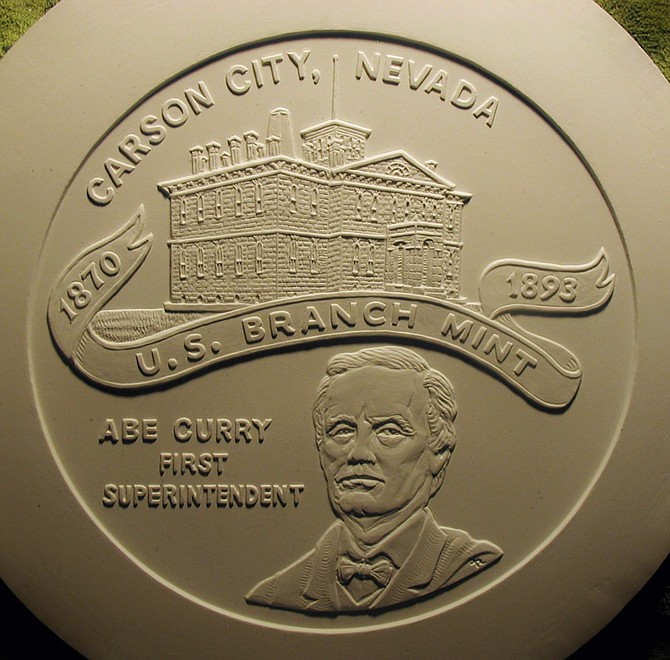 The engraving of the medallion celebrating the 150th anniversary of the opening of the Carson City Mint shows the mint building and its first superintendent, Carson City founder Abe Curry. The engraving was done by retired U.S. Mint engraver Tom Rogers.