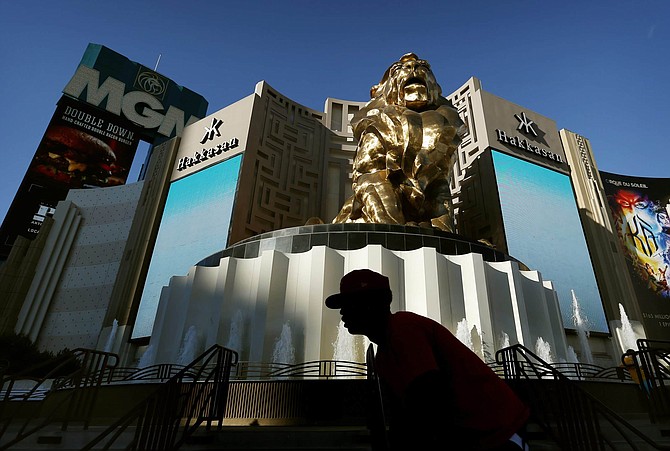 FILE - In this Aug. 3, 2015, file photo, a man rides his bike past the MGM Grand hotel and casino in Las Vegas. MGM Resorts plans to lay off 18,000 workers as the casino company struggles with the fallout from the pandemic. The Las Vegas-based parent of the Bellagio said in a letter to employees that furloughed employees will keep health benefits until Sept. 30, 2020 according to a report in The Wall Street Journal.