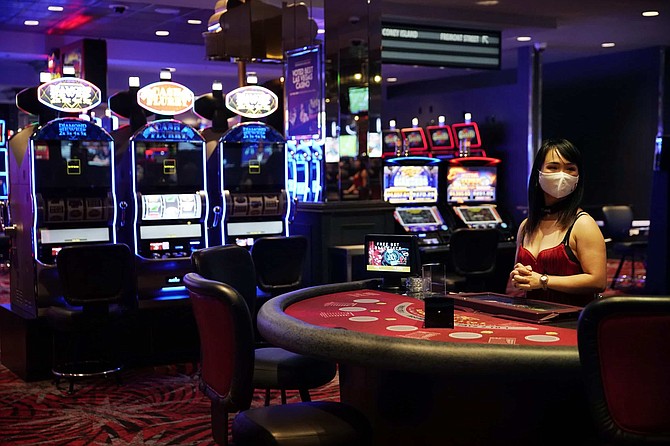 A dealer wearing a protective face mask waits for customers before the reopening of the D Las Vegas hotel and casino, Wednesday, June 3, 2020, in Las Vegas. Casinos were allowed to reopen on Thursday after temporary closures as a precaution against the coronavirus.