Trump faces accusers: What to watch during his big speech 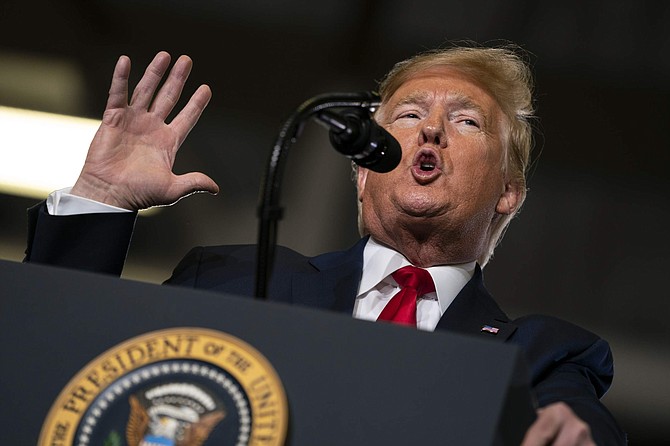 FILE- In this Jan. 28, 2020, file photo, President Donald Trump speaks during a campaign rally at the Wildwoods Convention Center Oceanfront in Wildwood, N.J. Trump will be facing his accusers Tuesday night during his State of the Union speech. The impeached president is speaking on the eve of what&#039;s anticipated to be his Senate acquittal on Wednesday. (AP Photo/ Evan Vucci, File)