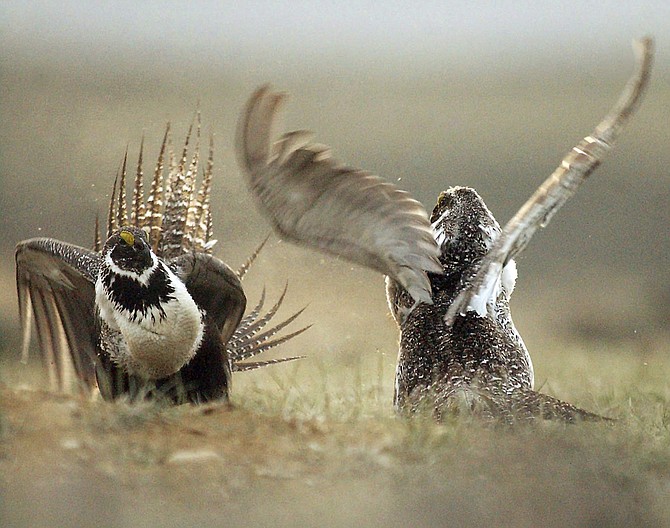 FILE - In this May 9, 2008, file photo, male sage grouses fight for the attention of females southwest of Rawlins, Wyo. A federal judge has cancelled more than $125 million worth of oil and gas leases that were sold on public lands inhabited by the declining bird species greater sage grouse. The ruling Thursday, Feb. 27, 2020, said the Trump administration illegally curtailed public comment on the sales. (Jerret Raffety/The Rawlins Daily Times via AP, File)