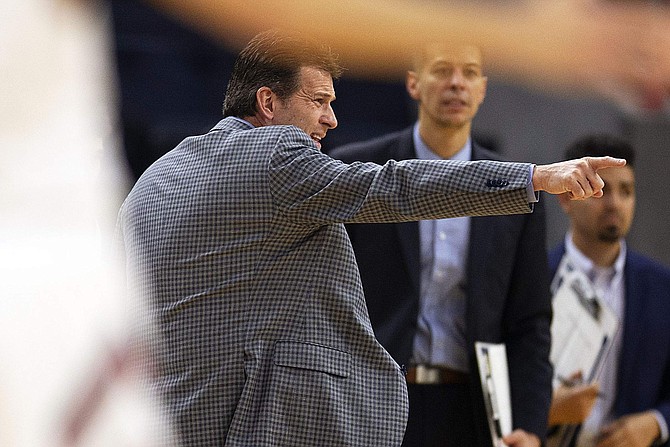 Nevada coach Steve Alford reacts to an official&#039;s call during the first half of the team&#039;s NCAA college basketball game against Saint Mary&#039;s on Saturday, Dec. 21, 2019, in San Francisco. (AP Photo/D. Ross Cameron)