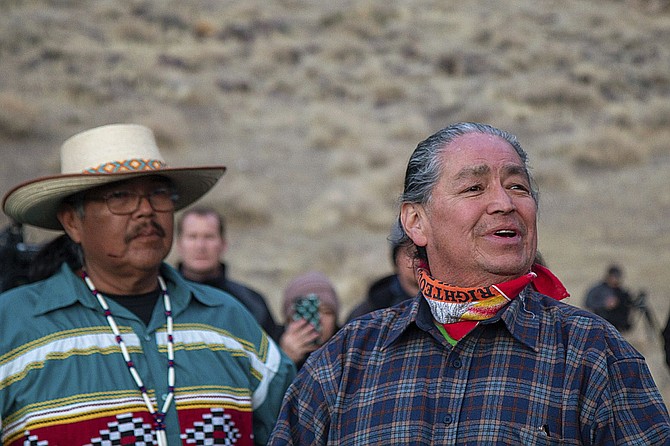 In this Monday, Jan. 13, 2019 photo, Pyramid Lake Paiute Vice Chairman Alan Mandell, right, speaks to the crowd of supporters gathered to watch the release of bighorn sheep into the Pyramid Lake Range, western Nevada, as part of a translocation project to revive the herd populations in the area on (Colton Lochhead/Las Vegas Review-Journal via AP)