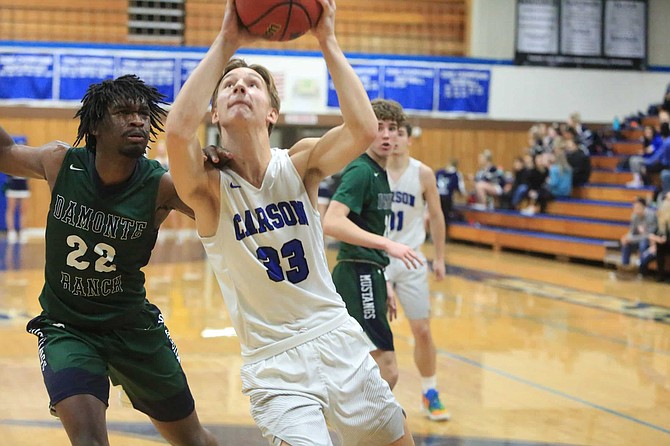 Will Breeding goes up for a layup in Carson&#039;s 56-53 win over Damonte Ranch Tuesday. Breeding was called the player of the game by Carson head coach Jordan Glover