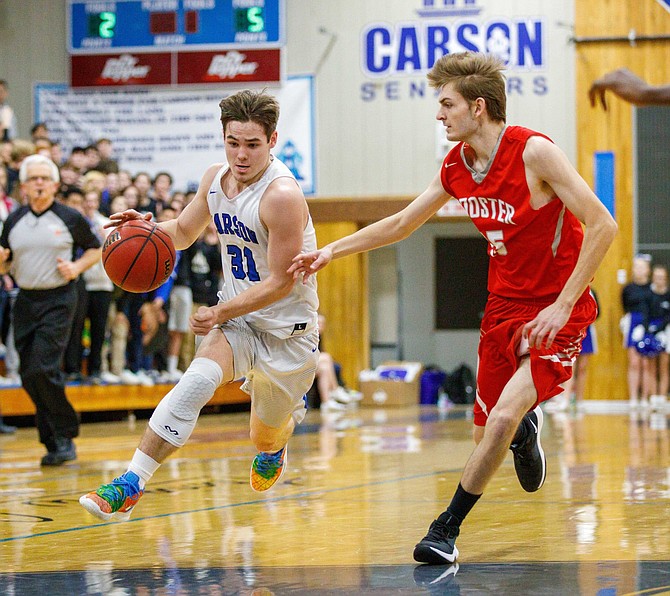 Carson High forward Nathan Smothers drives toward the key during the NIAA Northern Division 4A game between the Wooster Colts and Carson Senators at Carson High School, Carson City, NV