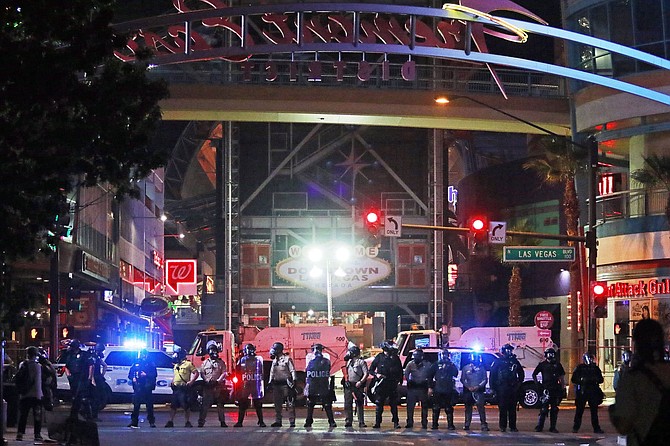 Police stand in formation at the entrance to Fremont Street Experience Monday, June 1, 2020, in downtown Las Vegas. Police were present for a community protest over the death of George Floyd, a Minneapolis man who died in police custody on Memorial Day.