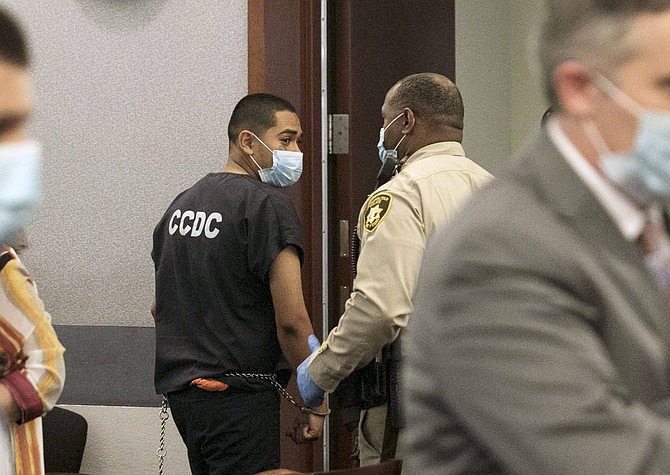 Edgar Samaniego, charged in shooting of Las Vegas police officer, is led out of the courtroom at the Regional Justice Center, Friday, June 5, 2020, in Las Vegas. A prosecutor says that a 20-year-old Las Vegas man deliberately shot and gravely wounded a police officer during a Las Vegas Strip protest over the death of George Floyd, who died May 25 after being restrained by police in Minneapolis.