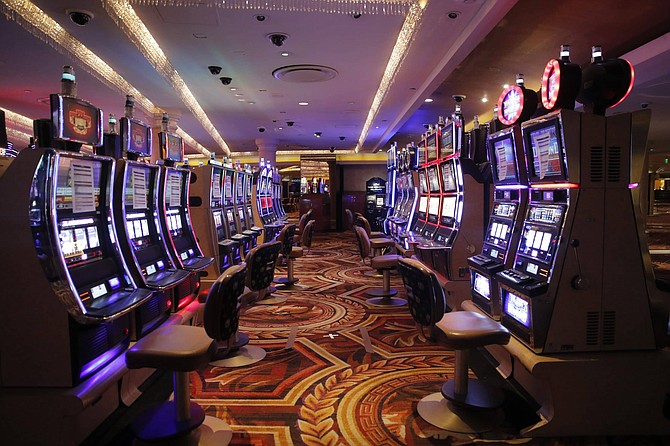 FILE - In this May 21, 2020, file photo, chairs have been removed at some electronic slot machines to maintain social distancing between players at a closed Caesars Palace hotel and casino in Las Vegas. Casinos from Lake Tahoe to Laughlin are announcing plans to reopen June 4, and a downtown Las Vegas hotel owner bought more than 1,000 one-way airline tickets for people from various U.S. cities. Nightlife will be limited, but promotions began Wednesday, May 27, 2020, after Nevada Gov. Steve Sisolak lifted his mid-March shut-down order and said casinos can reopen June 4.