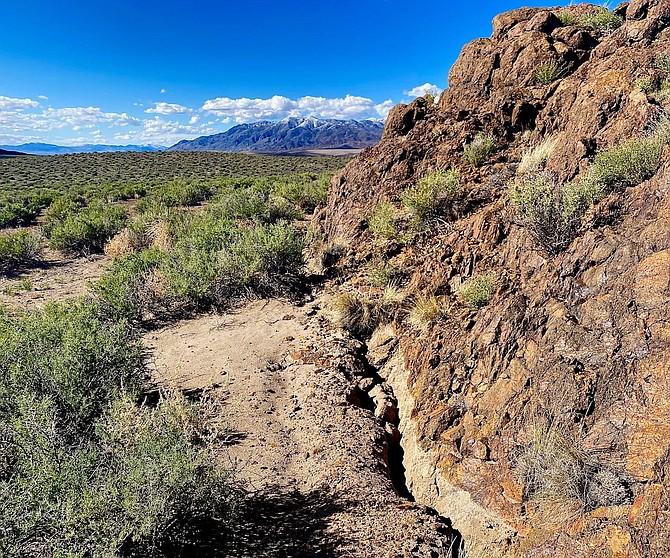 The surface rupture mapped by the University of Nevada, Reno field teams extends for about six miles west of Highway 95. Only minor sur-face cracking was observed east of Highway 95 in the vicinity of the ep-icenter.