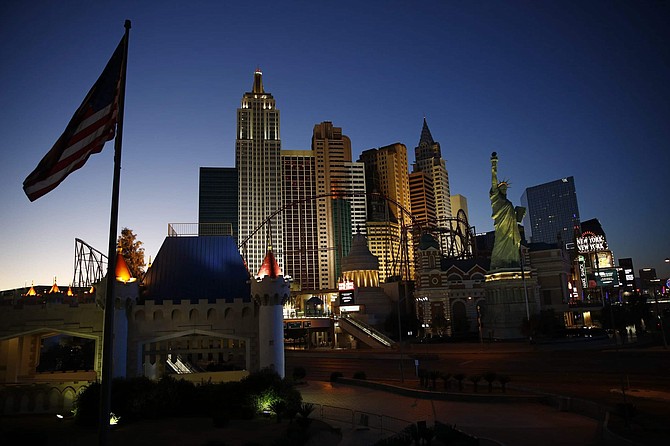 FILE - In this April 28, 2020, file photo, the sun sets behind casinos and hotels along the Las Vegas Strip in Las Vegas. Unions representing 65,000 Las Vegas-area casino workers are suing some resort operators, alleging that employees are being put at risk of illness and death due to skimpy safety measures during the coronavirus pandemic. A lawsuit filed Monday, June 29, 2020, in U.S. District Court in Las Vegas does not directly cite the death last week of Adolfo Fernandez, a 51-year-old Caesars Palace porter and union member who was diagnosed with the COVID-19 respiratory illness after returning to work when casinos reopened June 4.