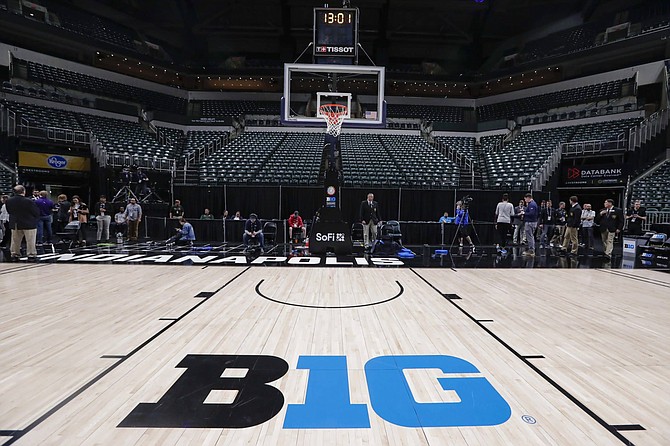 The seating area at Bankers Life Fieldhouse is empty as media and staff mill about, Thursday, March 12, 2020, in Indianapolis, after the Big Ten Conference announced that remainder of the men&#039;s NCAA college basketball games tournament was cancelled.