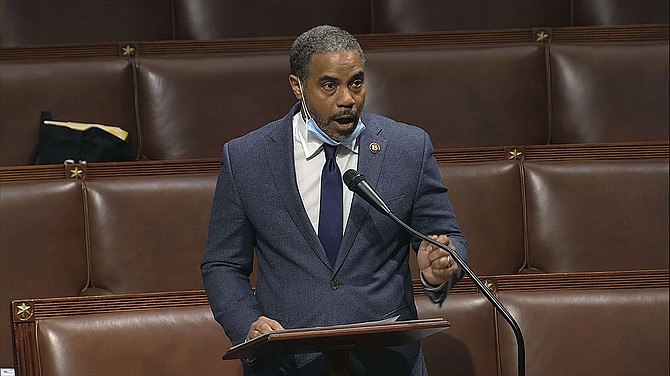 FILE - In this Thursday, April 23, 2020, file image taken from video, Rep. Steven Horsford, D-Nev., speaks on the floor of the House of Representatives at the U.S. Capitol in Washington. Horsford, on Saturday, May 16, acknowledged he had an extramarital affair with a woman who said the on-and-off relationship began in 2009 before ending last September. A spokeswoman for Horsford indicated he does not plan to resign, as at least one Republican opponent suggested.