Trump threatens to delay funding for Nevada over voting 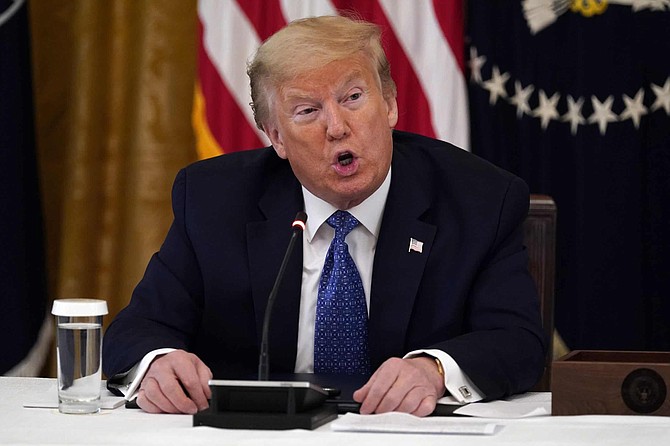 President Donald Trump speaks during a Cabinet Meeting in the East Room of the White House, Tuesday, May 19, 2020, in Washington.