Fallon armory vital to the Guard 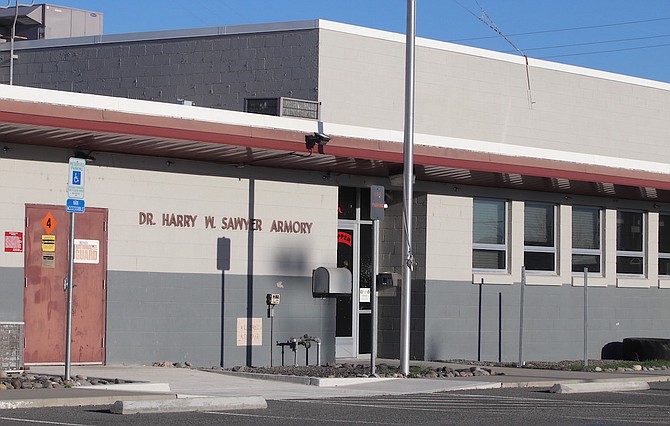 While the Nevada Army National Guard has shifted more of its operations from the rural counties to metropolitan areas, the Fallon armory remains a vital asset. Steve Ranson / LVN

The transition of the former Nevada guard armory in Yerington to a civilian agency isn’t the first or last.

Mineral County began using the vacated Hawthorne Army in the 1990s, and the Nevada Army National Guard pulled out of the Ely Armory in late 2018. Col. Mike Peyerl, the chief of staff, said the Winnemucca armory will be used by the Humboldt Health District.

“It’s becoming a challenge,” Peyerl said about staffing the rural armories such as Yerington.

A ribbon cutting was conducted last week as the Nevada Army National Guard armory was transformed into the Yerington City Hall and named after Maj. Gen. Robert Herbert.

Peyerl said over the years, more traditional guardsmen live in the larger cities, and it makes it more difficult for soldiers to commute the long distances. He also said more educational opportunities for military personnel at the university level are in Reno and Las Vegas. With Yerington, Peyerl said the mission began to change due to the 221st Cavalry’s readiness requirements and the addition of sophisticated training tools, such as simulators, which became a challenge for soldiers to use and become more proficient.

After Peyerl became chief of staff in January 2020, he said the Nevada Army National Guard and the city of Yerington opened discussions on the armory. Within nine months, an agreement was signed with Yerington paying $213,000 for the building, and after months of remodeling, the ribbon cutting occurred this week.

With civilian governments assuming ownership of the state’s armories, Peyerl, who graduated from Churchill County High School, said the Fallon armory on East Richards Street will remain open. Currently, the 609th Engineer Company drills in Fallon. During the past four decades, the armory has been home to two military police companies, scouts and now engineers.

Peyerl said the armory is near Naval Air Station Fallon, which will officially open a new Navy Marine Corps Reserve Center in June, and the Hawthorne Army Depot’s firing range for additional training. The Nevada Army National Guard, said Peyerl, is also improving the qualification range for most weapons.

When the 72nd MP Company drilled at Fallon, exercises were conducted with the soldiers’ counterparts at NAS Fallon. The 485th MP Company, which stood up in 2007 but relocated to Stead armory in 2009, deployed to Afghanistan from 2011-12.

Four years ago, the 609th was activated on state orders for flood relief near Lockwood along the Truckee River and snow removal in Virginia City during the winter of 2017 when the area received near record snowfall in the Sierra Nevada.

“It’s still viable for us,” Peyerl said of the Fallon armory, which was built about the same time as Yerington more than 60 years ago.