But mask mandate will remain 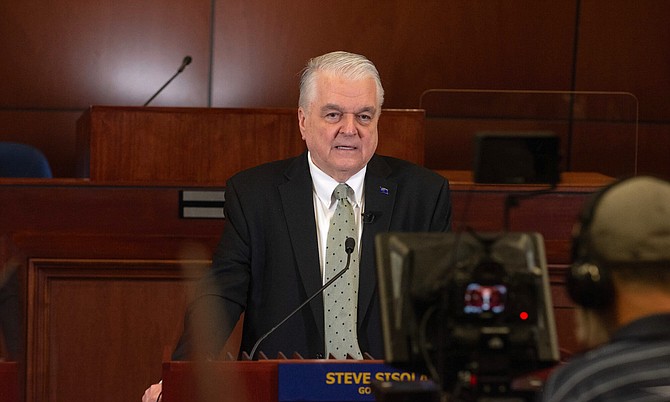 Nevada Gov. Steve Sisolak records his State of The State address inside the Assembly Chamber at the Nevada Legislature on Jan. 16, 2021.
Photo: David Calvert / The Nevada Independent