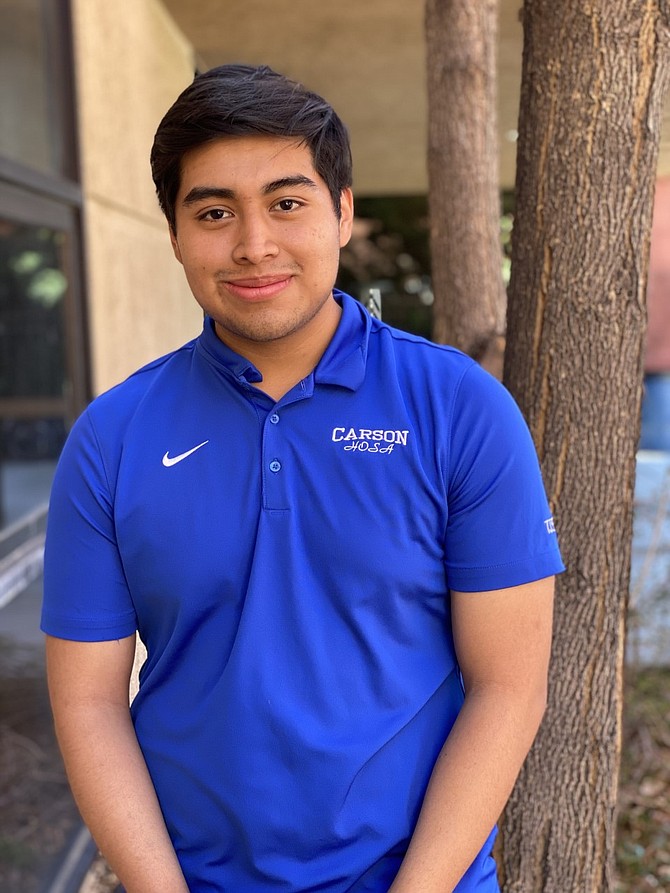 Carson High School senior Cristian Garcia Perez never believed that he would leave Carson City in order to attend an Ivy League university. However, this August he will be headed to Hanover, New Hampshire where he will be attending Dartmouth Collegewith a scholarship covering nearly all tuition and expenses.

This year, Dartmouth’s acceptance rate was only 6%, making it one of the most competitive schools in the nation.

It is uncommon for a Carson City student to be accepted at an Ivy League school, let alone be granted a large scholarship to do so. He has also received offers at many other top universities including the University of Southern California, University of Pennsylvania (5% acceptance rate), Cornell, Carleton, Vanderbilt, Duke (4% acceptance rate). His scholarship covers all but $3,000 and travel expenses, but he has been fervently applying to every scholarship he can find to cover the difference.

“I went from last year, planning on heading to Western Nevada College or maybe even just straight to work, to accomplishing all of this,” Garcia Perez, an Advanced Placement student with a GPA of 5.1, said. “It’s honestly really emotional because I always felt like I was just a mediocre kid, but this has changed my entire perspective.”

Garcia Perez grew up in Carson City, entering school as an English Language Learner at Empire Elementary School, which is just blocks from the apartment where he lives with his mother, Paula, a homemaker; his father, Crispin, a flooring installer; and his younger brother, Alexis.

As a first-generation American and college student, Garcia Perez lives in a neighborhood often underrepresented in the college system. His mission is to empower other students in Carson City to not give up on what their future could be.

“I really hope other students like myself can learn to not limit themselves and become discouraged,” he said. “I get sad thinking about people who are like me but did not have the same adult guidance at school that I was able to receive. I want to help others in my neighborhood to see that they have so many opportunities for the future.”

Garcia Perez plans to speak to students at Empire next month along with his school counselor in order to work toward his mission.

“My parents never received the opportunity to attend college, and going to Dartmouth seemed overwhelming to all of us at first,” he continued. “I was fortunate enough to receive a large scholarship, and my parents have met with my school counselor to talk about the process as well.”

At Carson High, Garcia Perez has taken numerous AP courses, has been an active member of many sports teams and clubs and has participated in the Health Science program including its student organization HOSA, said Bridget Gordon-Johnson, counselor.

“In Spanish, the word ‘ganas’ means an incredible self-drive and tenacity to succeed,” Gordon-Johnson said. “Cristian is the embodiment of this idea. No matter where his future takes him, this opportunity will allow him to make an incredible impact on his family and the community.”