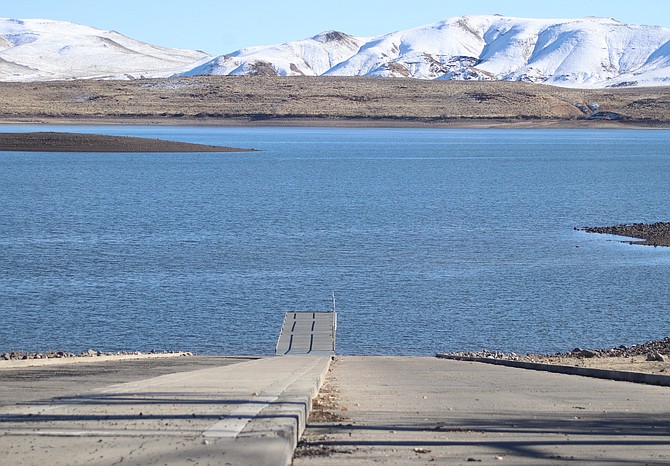 Lahontan Reservoir is benefitting from the latest round of storms that increased the water content in the Sierra Nevada. Photo by Steve Ranson.