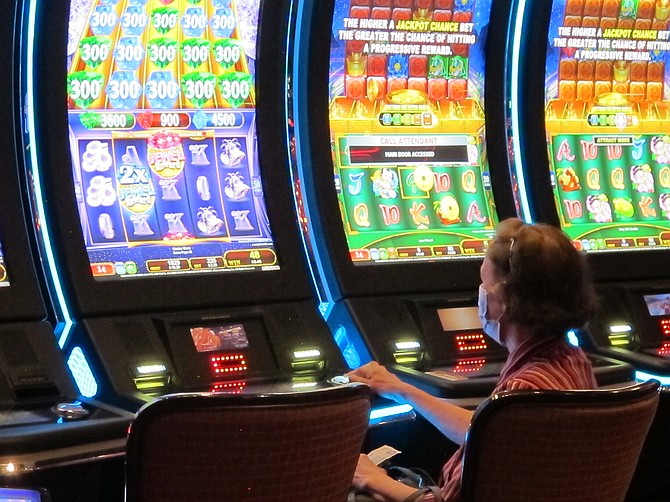 In this July 2, 2020 photo, a woman plays a slot machine at the Golden Nugget casino in Atlantic City N.J. Gambling companies in the U.S. are increasingly bringing different forms of gambling together, including sports betting, casino gambling, internet gambling and daily fantasy sports, and partnering with media companies as they seek to increase revenue. (AP Photo/Wayne Parry)