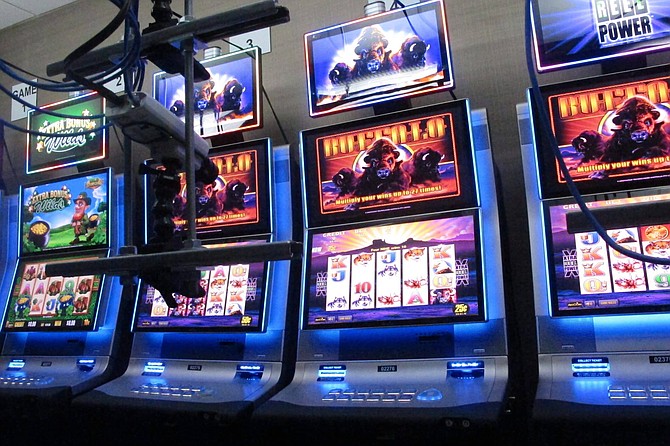 FILE - This Feb. 10, 2020, file photo shows slot machines at the Hard Rock casino in Atlantic City,N.J., that are controlled by gamblers over the internet. The coronavirus pandemic could lead to a quicker expansion of sports betting and internet gambling in the U.S. as states deal with huge budget deficits and look for new tax revenue wherever they can find it.