Will a winter start bode well for Greenwave football?

Fallon, other state prep teams, begin an abbreviated season on the gridiron 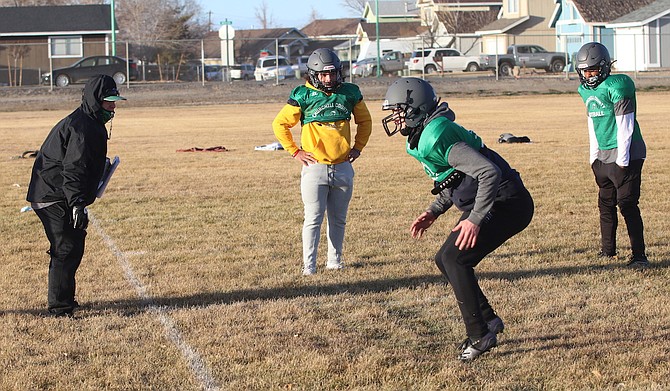 Fallon football coach Brooke Hill is not kidding when he says this year’s football season will be different.

Because of the coronavirus pandemic, the season was switched from the fall to a late winter, early spring timeframe. Fallon will play only six games with no state matchup scheduled.

The icy breeze sweeping in from the west was also a change from the dog days of summer when players searched for shade and gulped water. On this day, they bundled up as much as they could.

As evidenced by the first week of practice, the varsity and junior varsity players are very enthusiastic, though, by showing their desire to don the pads and do some blocking and tackling. Fallon finished 10-2, 8-0 in league in 2019 but dropped the state championship.

The rearranged and abbreviated season begins Saturday at Dayton. Check back on the LVN website to learn of the game’s status. Hill said Dayton may be a scrimmage instead of a game because of the number of practices required to play in a game. Scrimmage or game, the action begins at 3 p.m.

All games are on Saturday afternoons begin at 3 p.m. The junior varsity will play first at 1 p.m. No fans from the visiting team will be allowed to watch.

Not to worry Greenwave fans. Fallon’s KKTU Radio will broadcast the game on FM 99.5 and on Network 1, www.network1sports.com/station/kktu, with Larry Barker calling the action and Randy Beeghly providing the analysis.

Other games on the schedule include the following: Home game vs. Spring Creek on March 13; away game at Elko on March 20; home game vs. Fernley on March 27; and home game vs. Lowry on April 3. A postseason game is scheduled for April 10. Hill said there will be no crossover games with the Northern 3A teams from the Reno-Sparks area, and high schools in Truckee and South Tahoe are not playing because of California restrictions.

The game against Fernley may be played at a neutral site. Fernley is unable to host the game because of damage that tore up its field during a severe storm.

CCHS Athletics Director Brad Daum said the school will provide two tickets for each student-athlete per home contest for football. Tickets will not be available for the public, including visitors, at this time. Under the current state directive until March 15, only 100 spectators are allowed before the limit increases to 250 if the state's COVID-19 numbers continue to improve. In addition to the 100-person limit, CCHS venues must allow for social distancing of 6 feet between spectators and 25 feet between spectators and players. Spectators will also need to be screened, including a temperature check.

The Greenwave's spectator plan aligns with the rest of the 3A East, which includes Lowry, Fernley, Elko and Spring Creek.

Wave recharged for season
Although the Greenwave lost a good nucleus of seniors who led the Greenwave to a state 3A title in 2018 and as runner-up to Fernley in the championship game the following year, Hill said Fallon has not slipped that much with its talented returners.

“We have 20 seniors coming back,” said Hill, a former Greenwave star who quarterbacked the green and white in the late 1980s and also led the baseball team to the championship game in May 1990.
Hill, the Northern 3A Coach of the Year, had to replace departing seniors Elijah Jackson, Player of the Year; Brock Richardson, Most Valuable Player; Dominyke Edwards, Defensive Player of the Year; and Benni Otuafi, Offensive Lineman of the Year.

Another senior with versatility and league and state recognition was Tommy McCormick, who is now playing for the University of Idaho with his brother, Sean.

Hill, though, envisions Fallon will be just as tough this year.

“We have a good, solid crew of athletes,” Hill said.

Fallon finished 10-2 overall, 8-0 in the Northern 3A after the last season of football. Unfortunately, one of the two losses came to Fernley in the 3A game which the Vaqueros won, 24-20.

The numbers are also there for the varsity. Hill said 40 payers will suit up for the varsity and 40 for the junior varsity. Because of once-a-week COVID-19 testing, Hill and his staff decided to merge the freshman team with the j.v. 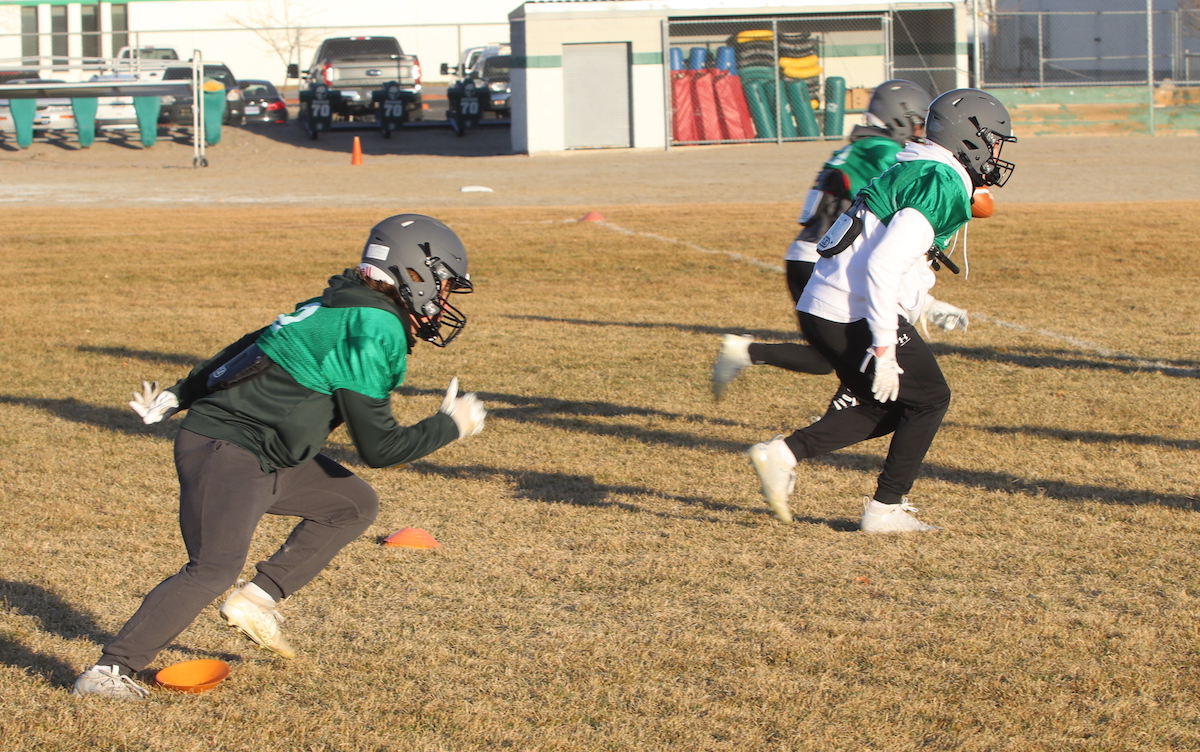 Steve Ranson / LVN
Fallon is preparing for a different type of football season, which opens Saturday at Dayton.

A look at offense
Avery Strasdin steps into the hot seat at quarterback.

The Greenwave senior will also frustrate opposing defenses like Jackson. Not only did he step in as a receiver and linebacker last year, he took a number of snaps at quarterback.

What makes Strasdin strong are his arm and speed. Hill said Strasdin has good accuracy and with his long strides, the Fallon senior can outrun the secondary.

“He was one of the better quarterbacks in league last year, by the way he played behind Elijah,” Brooke said.

Giving the Wave some balance in the backfield are running backs Colby Malkovich and Levi Andrews. Malkovich primarily played defense last year as a safety, but he saw some action in the backfield. Andrews is bigger and faster than last season. He was a second-team, all-league.

Another player who will play in the backfield and defense is Reggie Andrews.

Hill said the receiving corps has taken a hit with the departure of Richardson and McCormick, two all-time greats according to Hill.

Third-year player Matt Davis will also play in the backfield and so will Kenji Armbruster, who Hill said is bigger and faster. Coming up from the junior varsity are Tyler Austin and Chase Nelson, Pete Williams could step in at defensive end. Hill is also looking at newcomers Matt Sorensen and Hunter Cooper as wide receivers and Cade Barton as either a running back or receiver.

Julian Evans, a returning all-league inside linebacker will prowl the field, but the new starters of Xavier Capton, Reggie Andrews, Rodrigo Flores and Cody Shelton be tested by opposing teams in a hurry. In the secondary are Tristan Hill, Josiah Rosario and Keith Smith.

For a copy of the most current roster from MaxPreps, go to https://www.maxpreps.com/high-schools/churchill-county-greenwave-(fallon,nv)/football/roster.htm?print=1