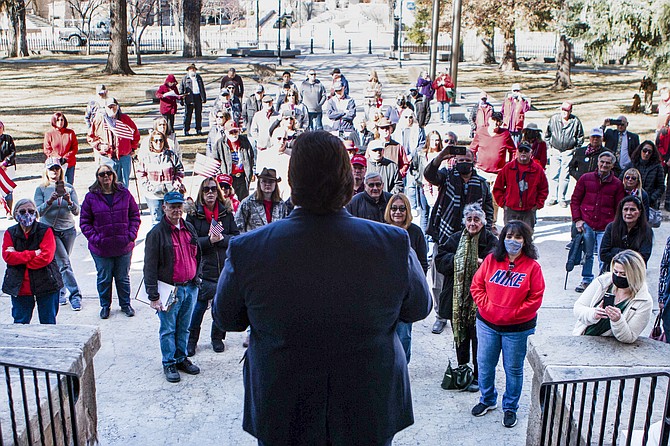 Nevada GOP Chairman Michael McDonald addresses a crowd in front of the Nevada Capitol, March 4, 2021, in Carson, City, Nev., where they party delivered what they described as 120,000 "election integrity violation reports" that allege widespread voter fraud during the 2020 election. (Ricardo Torres-Cortez/Las Vegas Sun via AP)