Miners capitalize on miscues in win over Douglas 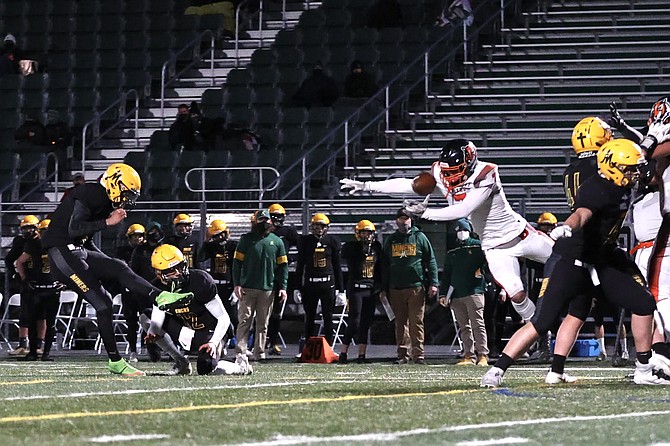 Douglas High senior captain Brady Dufloth comes around the left edge and blocks a Bishop Manogue field goal attempt Friday night. It's the second kick the Tigers' special teams has blocked in as many games so far this season.