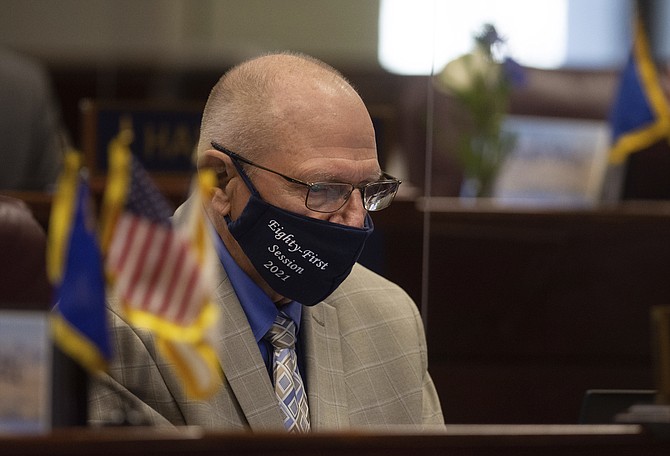 State Senator Joe Hardy on the fourth day of the 81st session of the Nevada Legislature in Carson City on Thursday, Feb. 4, 2021. At 2 a.m. Sunday, when clocks spring forward an hour for the start of daylight savings time, Hardy hopes it will be one of the last times residents have to change their clocks. He wants to hitch Nevada's fate to California, which is trying to set the sun on twice-yearly clock changes. Hardy, a Boulder City Republican who works as a physician when not in the Legislature, said research on the health effects of clock changes prompted him to introduce a bill to stop the practice in Nevada. (David Calvert/The Nevada Independent via AP, Pool)