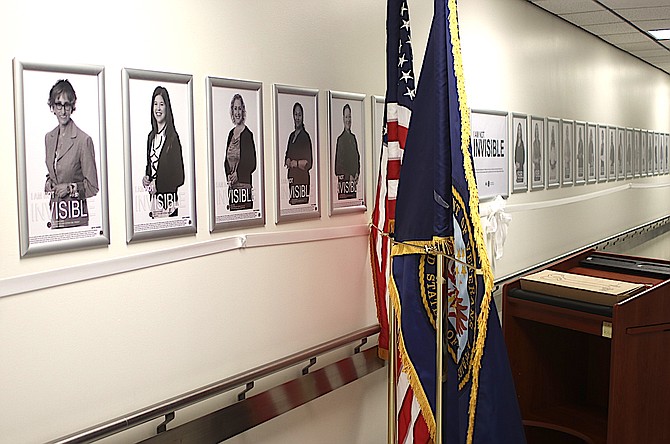 Steve Ranson/LVN Lined up on one wall of the Ioannis A. Lougaris VA Medical Center in Reno are 39 photos of female veterans.

RENO — A ribbon cutting March 8 marked the official opening of a 39-photograph display honoring female veterans who work in every department for the VA Sierra Nevada Health Care System in Reno.

The national photo exhibit features women who served in all branches of the military and are now employed in different sections of the local healthcare system. Glenna Smith, public affairs officer, said the project originated in Oregon to honor 20 female veterans as part of the “I Am Not Invisible” campaign.

“It’s been going on for four years,” Smith said of the project. “It was begun by the Center for Women Veterans, which is part of Veterans Affairs.”

Smith said the original idea is to ensure female veterans are appreciated. One of the photographers for the VA secretary in Washington, D.C., visited the Reno facility in December and took photos for the exhibit. After Nevada, the final state to participate in the campaign was Hawaii.

“Thirty-nine of our veterans came forward,” Smith pointed out. “The campaign is now complete.” 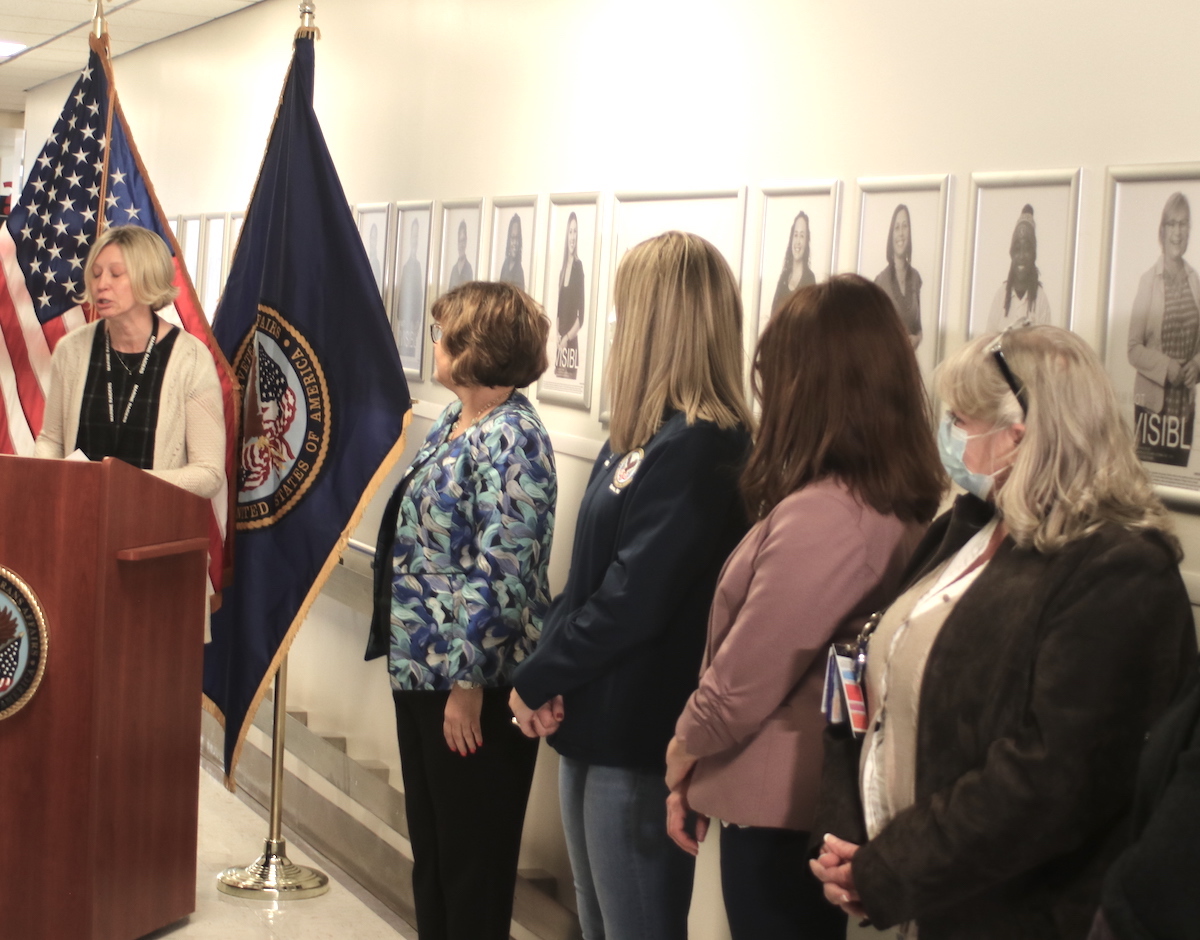 The photos are displayed on one side of the wall between the VA police and mental health departments on the first floor of the Ioannis A. Lougaris VA Medical Center.

Acting Director Lisa Hamilton said the veterans represent different eras of service and have also served their country and other veterans. The VA Sierra Nevada Health Care System employs and serves veterans in Northern Nevada and eastern California from Alturas to Bishop.

“In recognition of Women’s History Month and International Women’s Day, I hope you take a few moments to look at the photos and greet the veterans,” she said. “We strive to honor our veterans every day.”

A ribbon-cutting followed her remarks.

Maryanna Shade, who spent 21 years as a personnel officer in the Nevada Air National Guard in Reno, said she was appreciative of the display. 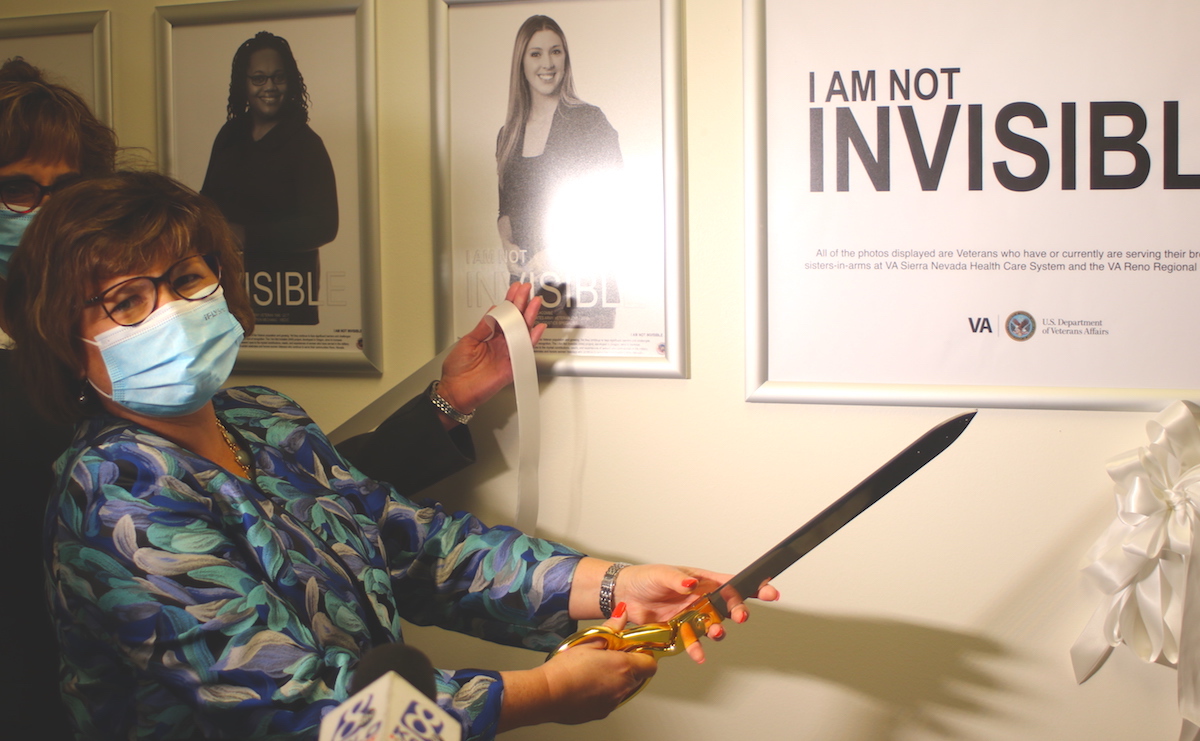 “It’s extremely important,” she said, referring to the recognition given to female veterans. “We’re an extremely small percentage of the military. It’s important to remember that veterans can be females.”

Beverly Johnson, a deputy nurse executive, never served in the military, but she wanted to recognize her fellow employees’ service.

“I’m here to support them for their service they gave to their country,” she said, acknowledging the support for female veterans is improving. “These kind of events are helpful to get us to the point to recognize them for the great service they provided. It’s a wonderful thing.”