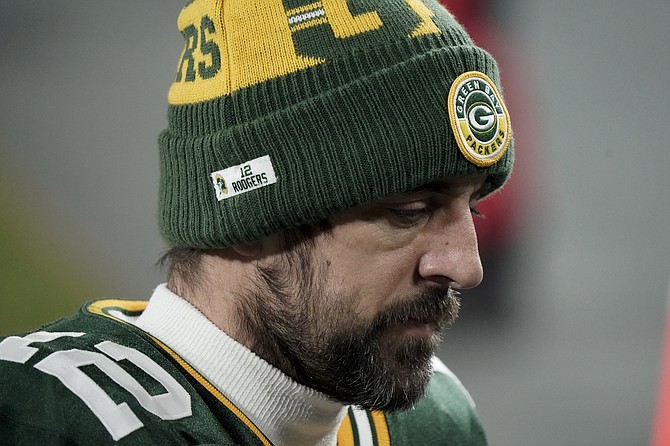 Green Bay’s Aaron Rodgers walks off the field after the NFC championship against Tampa Bay in Green Bay, Wis., on Jan. 24. (Morry Gash/AP)