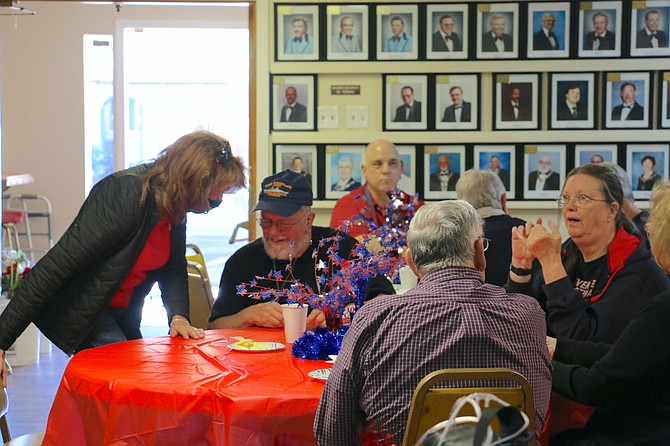 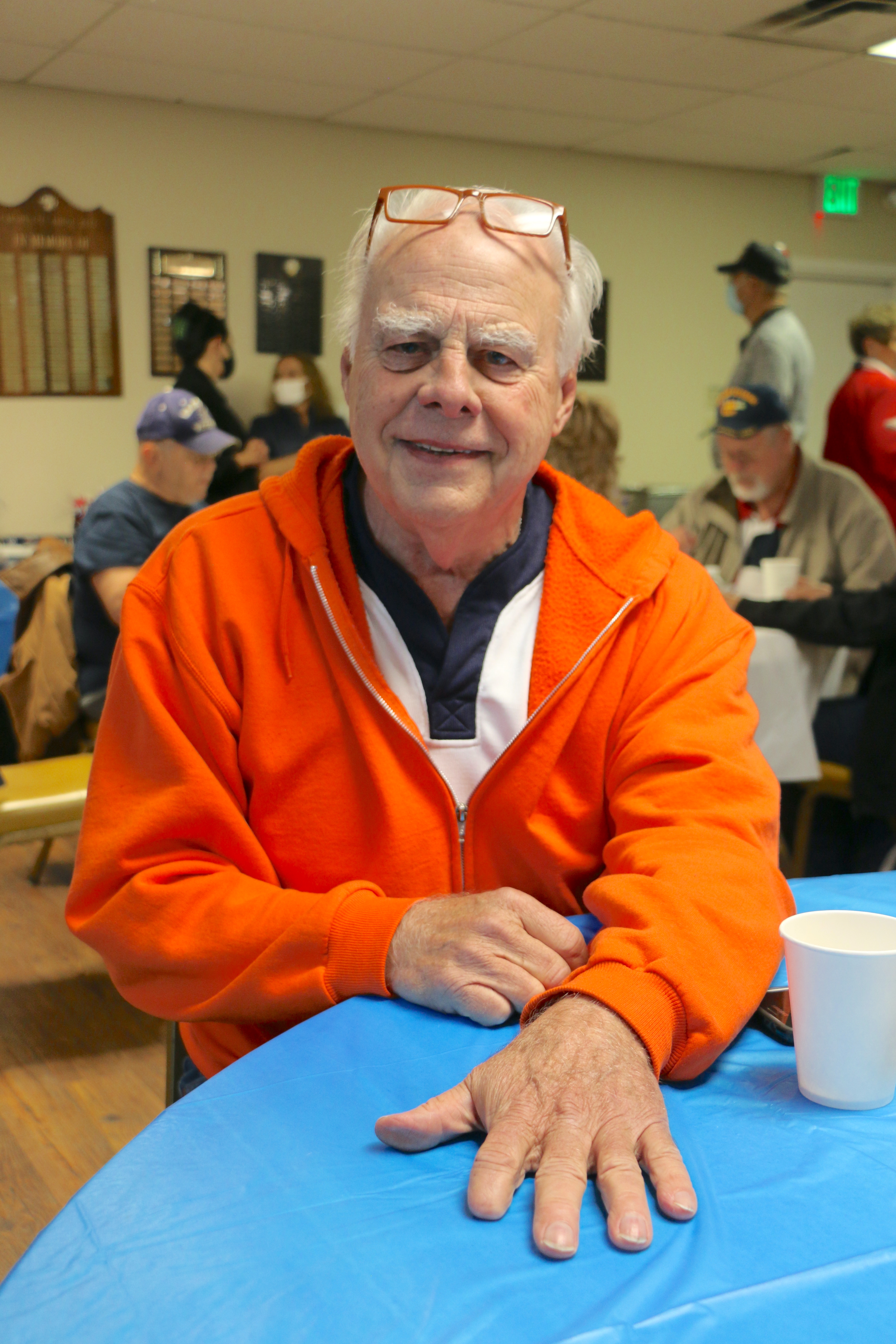 His captors wanted to know the purpose of the seismographs he’d been placing. Heidenfeldt told them that it was fishing gear in the hopes that they would dunk the equipment underwater and render it useless.
They quickly discovered his lie and threatened to cut off his finger. While he was recounting this story to the Appeal, Heidenfeldt raised his hand with perfect dramatic timing to reveal his partially missing digit.
He escaped that night after convincing his captors that tying him up would hurt too much. They secured his legs and one arm, leaving his other hand free to undo the knots.
Heidenfeldt said that when he smelled coffee and heard the distinct squeaking of American military equipment, he knew he was safe.
He met his wife less than a year later through the military, and he wears his dog tag and hers next to his heart.
Heidenfeldt shared his experiences with the Appeal on Veterans Day at the Elks Lodge. The Retired Senior Volunteer Program held a free breakfast for senior veterans, with local celebrity chef Charlie Abowd and Supervisor Stan Jones behind the griddle flipping pancakes.
For information about other RSVP’s programs and services, contact RSVP at (775) 687-4680 ext. 0 or visit nevadaruralrsvp.com.