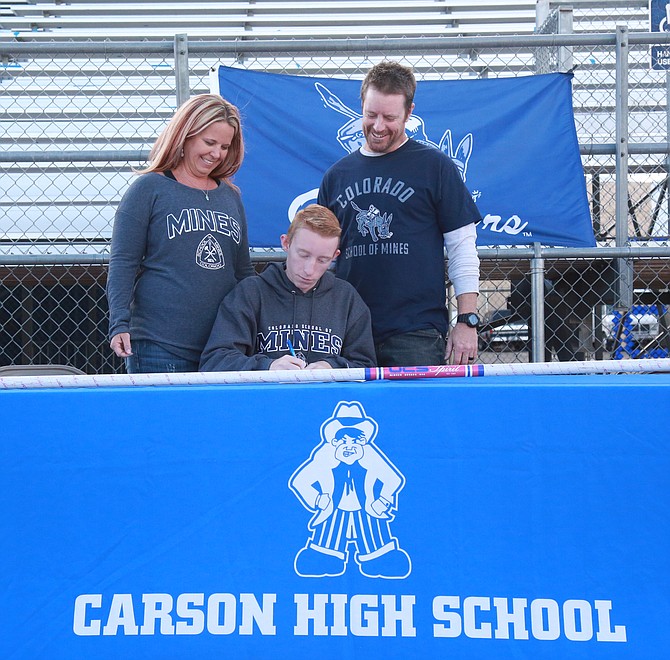 Carson High’s Kai Miller signs his Letter of Intent to continue his track and field career at the Colorado School of Mines Wednesday afternoon on the Carson High track.
Photo by Carter Eckl.