Special Session: Amendments slow the pace of redistricting while the GOP says their plan treats all better 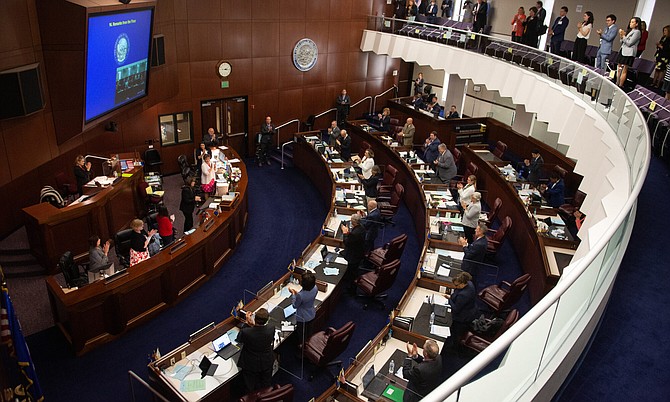 The Senate chambers during an afternoon floor session on the final day of the 81st session of the Legislature on Monday, May 31, 2021, in Carson City.
Photo: David Calvert / The Nevada Independent