Mountain West rankings: Boise is back 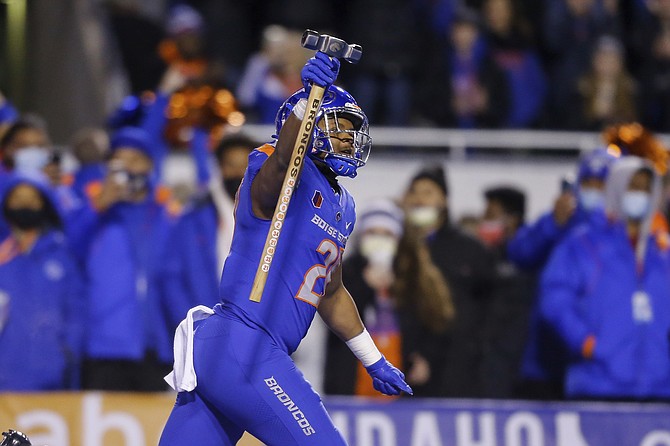 Boise State running back Andrew Van Buren leads the team on to the field carrying the Dan Paul Hammer before the Nov. 20, 2021 game against New Mexico in Boise, Idaho. (AP Photo/Steve Conner)