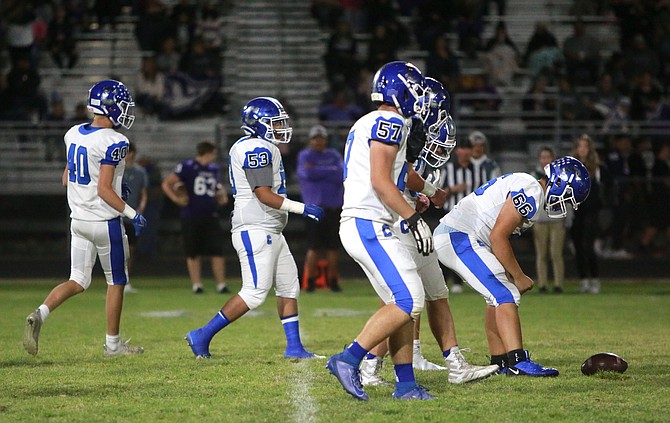 Carson High’s offensive line sets up prior to a snap against Spanish Springs last Friday. Sean Finn (57), Franco Munoz (66), Diego Aldana (53), Mack Chambers (40) and the rest of the Senator line will hope to re-establish the run for Carson this Friday.
Photo by Carter Eckl.