Pack's Norvell: ‘Sometimes you just have to bark at them’ 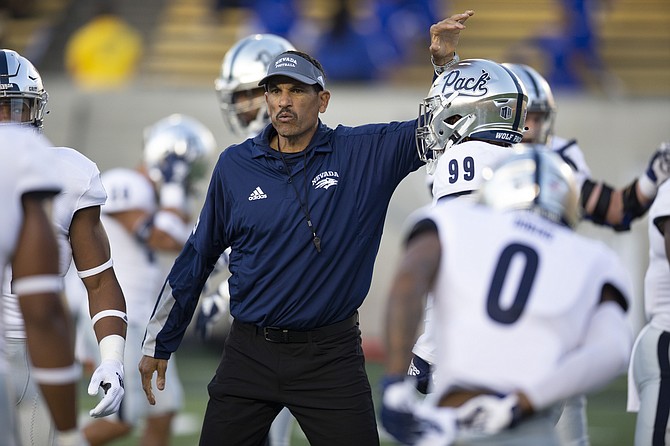 Nevada head coach Jay Norvell fires up his team before the game against California on Sept. 4, 2021, in Berkeley, Calif. (AP Photo/D. Ross Cameron)